We provide the highest quality cameras to secure your world, today. With more than 10 years experiences in very wide industrial application we provide best solution of Surveillance for you.

As an Authorized Distributor  of Geovision International in Indonesia (www.geovision.co.id) we provide very wide and complete Surveillance system and Technology for your spesific need. 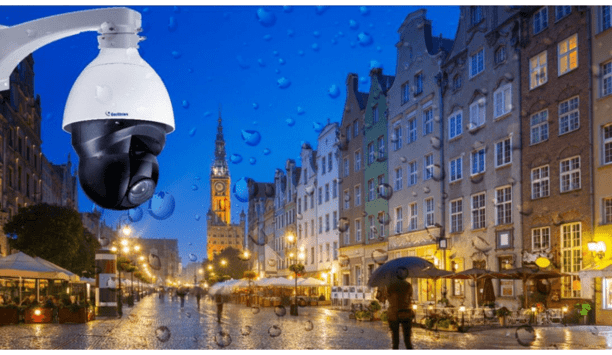 GeoVision is the leader in Surveillance systems and technology, with more than 200 Series for different applications, and varied environments, GeoVision has been Installed in more than 110 Countries Globally. 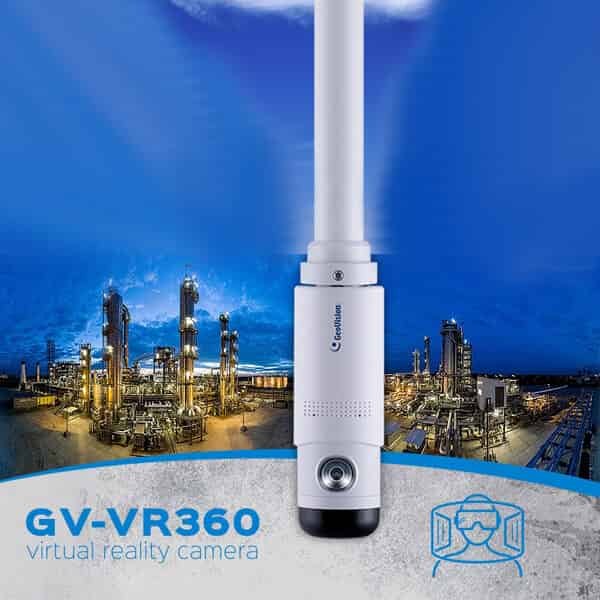 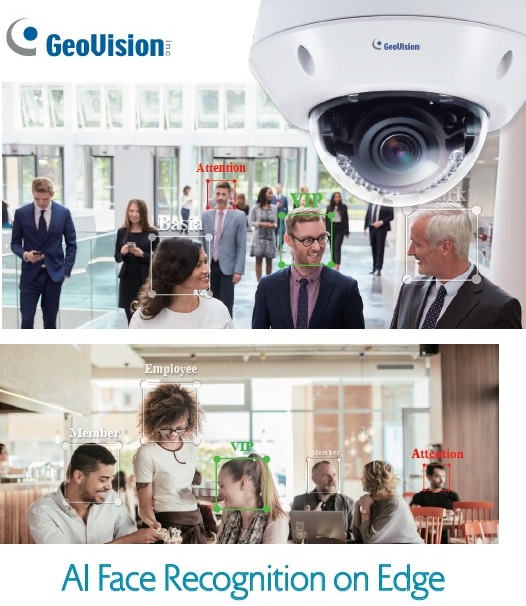 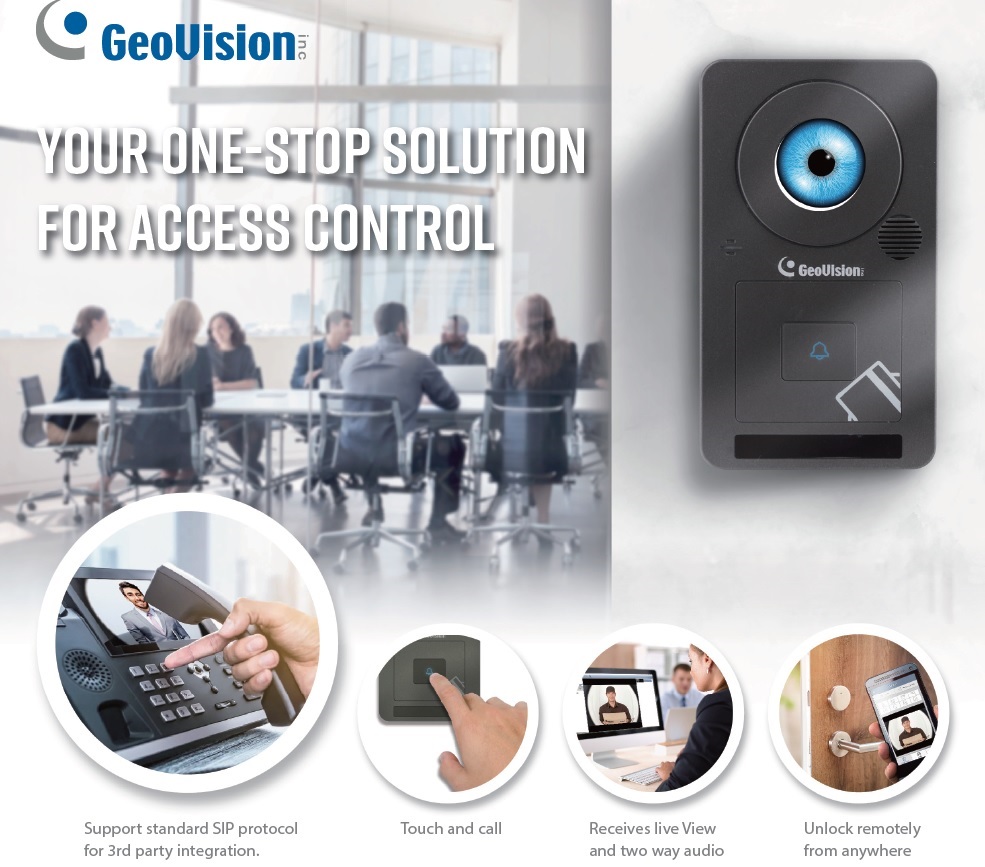 This Detecting Access Controller includes exciting features from Proximity Reader. Video Intercom and Surveillance IP Camera. Through SIP integration, GV-CS1320 allows you to identify unscheduled visitors before they are granted entry using your desk phone. The GeoVision CS1320 is your one-stop solution for multi-purpose access control. 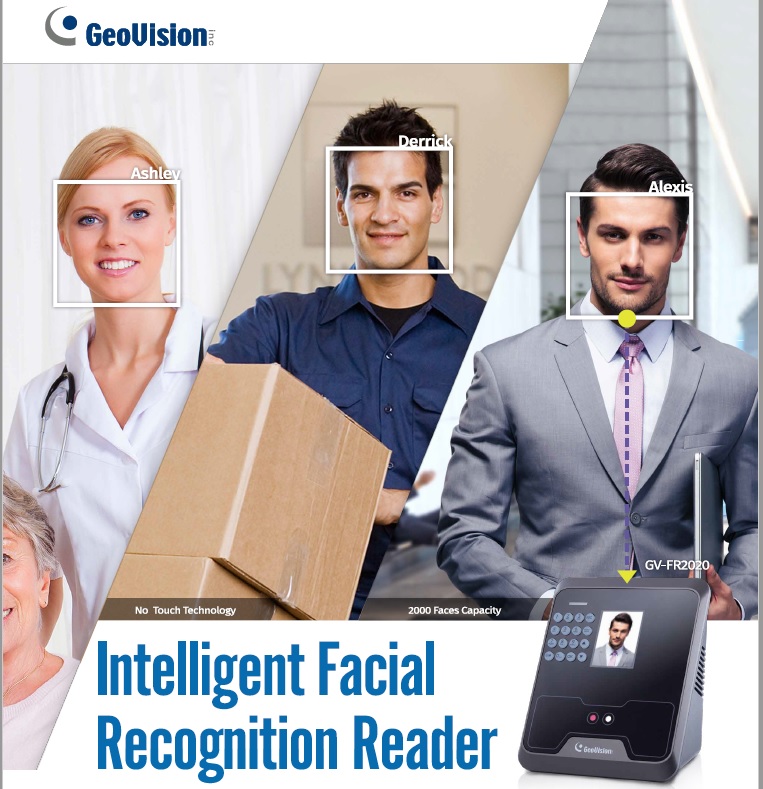 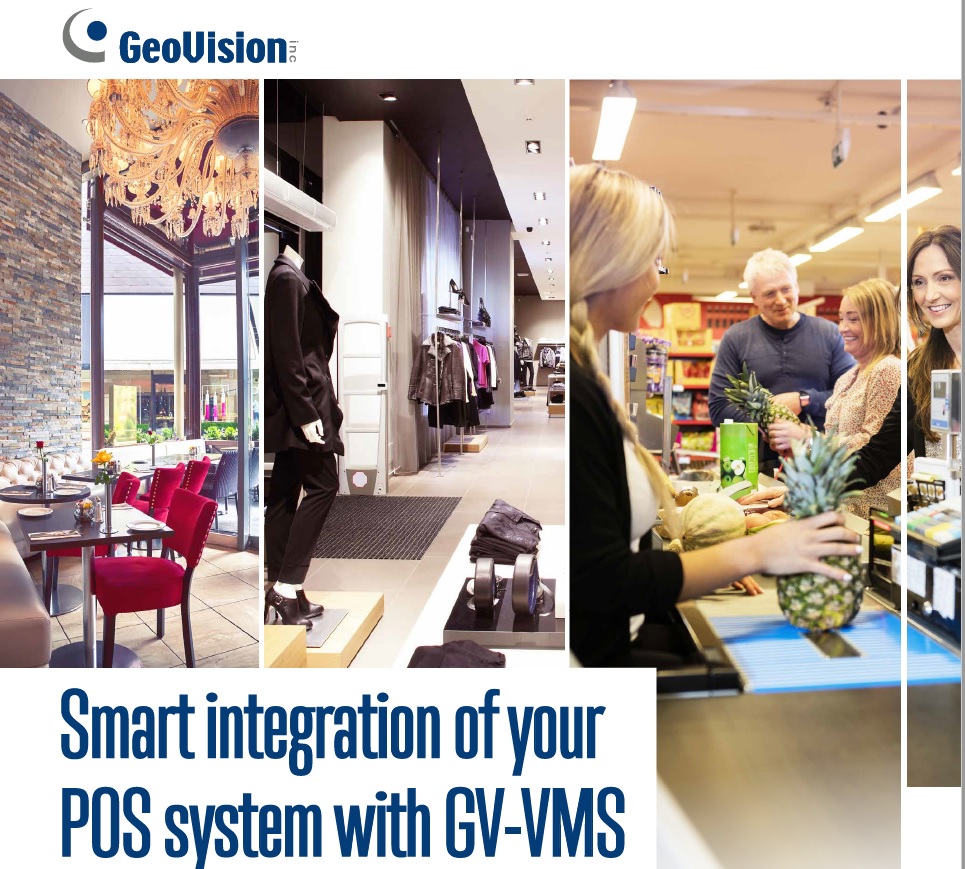 Geovision provides the most advanced POS integration software. It allows POS transactions to be automatically embedded into recorded video, and sync to the GV-Cloud platform. Retailers can quickly find particular transaction using keywords and get automatically notified with suspicious transactions. These features can help owners reduce cash shortages, losses, and improve operations without hassle. Click image for Detail. Geovision launches a GV-3D People Counting V2 that is providing 3D depth sensing technology and 3D people counting algorithm to count entering and exiting people at the same time, With 98% counting accuracy rate and a built-in GV-Web Report Lite is able to generate and Analyze report for business management and people’s footfall activity in a physical space. 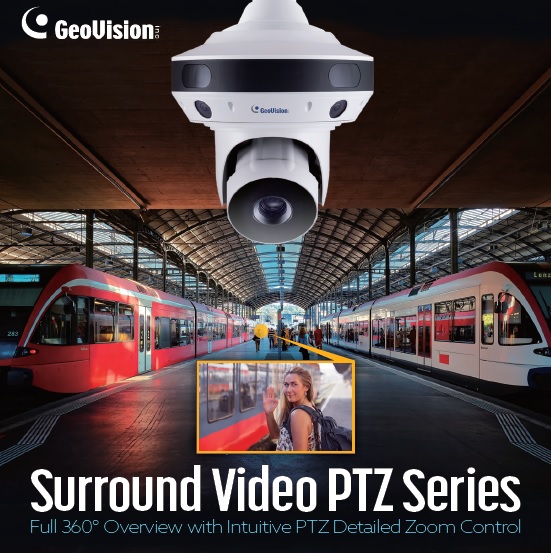 Surround Video PTZ series feature a lineup of 2-in-1 hybrid 50 megapixel models that combine the utility of surrounding video camera with IR PTZ. Components are detachable to maximize installation flexibility. 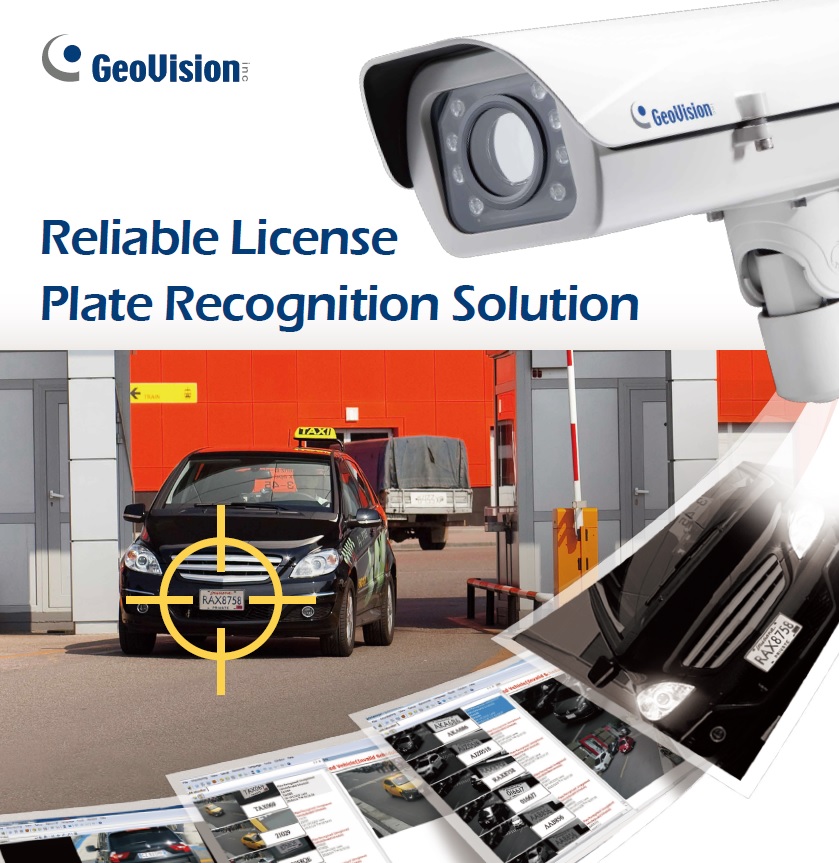 The Geovision LPR1200 is capable of recognizing vehicle license plate numbers automatically without the need of PC based LPR software. Connect to GV-ASManager for configuration once, it can then work as a standalone device.

GV-LPR1200  is highly secured, and useful in many scenarios, built-in I/O port for multipurpose integration. 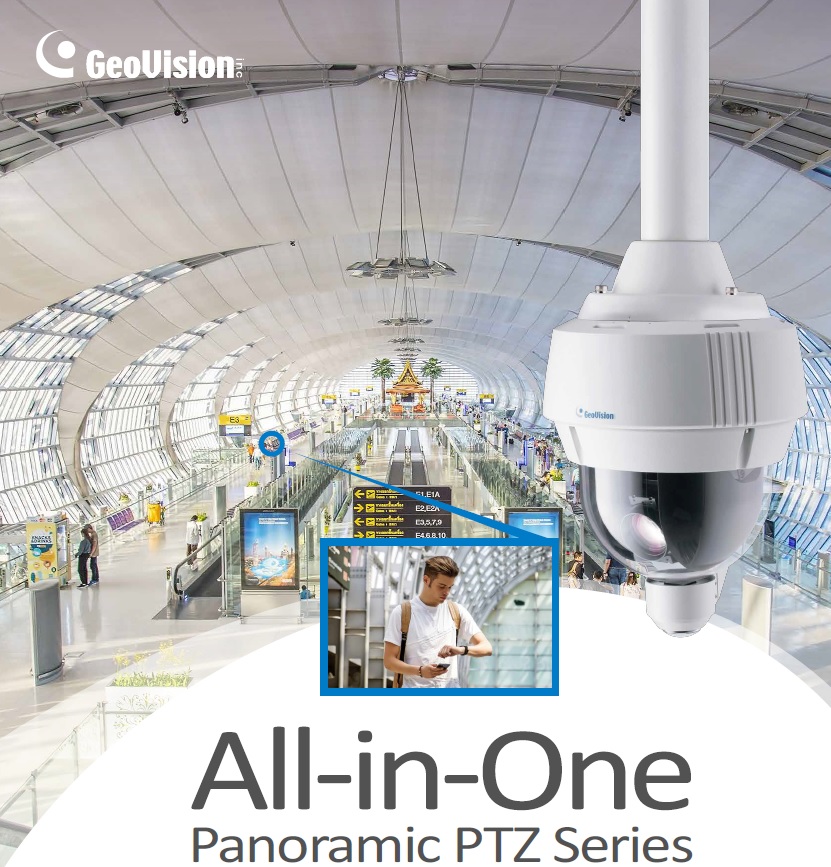 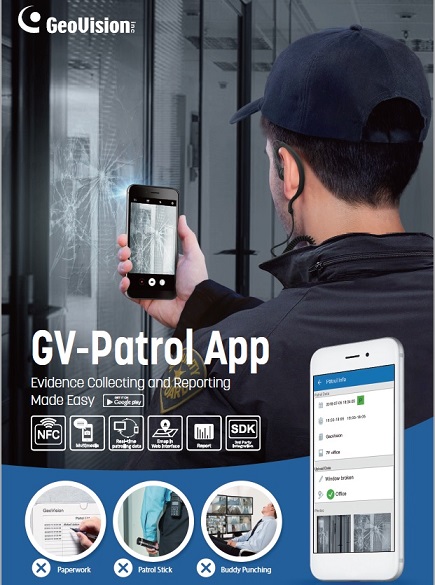 The Bullet IP Camera ABL2701 is an outdoor, fixed, network camera equipped with an automatic IR-cut filter and an IR LED for day and night surveillance. The camera supports H.265 video codec to achieve better compression ratio while maintaining high quality pictures at reduced network bandwidths. The camera adheres to IP66 standards and can be powered through PoE (point of ethernet). It is also equipped with standard surveillance protocols. The EBL4702 adheres to the IP67 standard and has full protection against dust and jets of water. The camera can support H.265 video codec to achieve better compression ratio while maintaining high quality pictures at reduced network bandwidths. The camera is capable of providing a color live view not only in near darkness but also under contrasting light intensities with its super low lux CMOS image sensor and WDR pro. GV-BL2511 is an outdoor Bullet Camera which is able to provide a color live view in near darkness, using its super low lux image sensor. With the motorized focus/zoom, users can remotely adjust the focus and zoom from the Web interface. The camera is also equipped with a P-Iris, which allows for precise control of exposure, producing images with better clarity and contrast. It is also designed to withstand a variety of complex environments, exemplified by its strong design build. GV-FER5700 is a 5 MP outdoor fisheye camera that can support H.265 video codec to achieve better compression ratio while maintaining high picture quality at reduced network bandwidths. GV-FER5700 allows you to monitor all angles of a location and it can be installed to the ceiling, wall, wall corner and the pole. Equipped with automatic IR‐cut filter and IR LEDs, GV-FER5700 is capable of day and night surveillance. The camera’s distorted hemispherical image can be converted into a conventional rectilinear projection. Without installing any software, you can watch live view and utilize functions such as video recording, privacy mask, and alert notification through the Web interface. In addition, the camera seamlessly integrates with the GV-System and GV-VMS, providing advanced monitoring and video management features. Wide surveillance coverage is made possible with 360° endless panning and -20°~100° tilting capacity. PTZ functions such as Preset, Auto Pan, and Patrol can be programmed and activated by schedule. The GV-QSD5731-IR supports pan/tilt speeds ranging from a fast patrol of 280° per second to a slow ramble of 0.1° per second with 0.1° pan accuracy for fast and accurate tracking ability. The GV-MFD2700 Series offers an indoor, fixed, mini-sized network camera with 3-axis mechanism for easy and flexible installation. GV-MFD2700 Series can support H.265 video codec to achieve better compression ratio while maintaining high picture quality at reduced network bandwidths. The camera can process scenes with contrasting intensity of lights and produce clear image using the built‐in WDR Pro. The camera is equipped with a Super Low Lux CMOS image sensor which allows the camera to provide a color live view in near darkness. The GV-SD2723-IR IP Speed Dome is an outdoor network PTZ camera that offers 20x optical zoom and 32x digital zoom, and is capable of capturing high-definition images (1080p at 50 fps) with great details. In low-light environments, night vision is enhanced by its high power LEDs with an effective IR distance of up to 250 m (820 ft).

GV-VR360 is a Virtual Reality IP camera made true with two 4 MP fisheye panoramic cameras. The camera provides a live view of the surveillance area with an all-inclusive 720° angle range of view and extended depth of field, enabling a total coverage of wide open areas. When streamed online or viewed through the GV-Eye or YouTube mobile app, users can watch the 720°, VR video from the camera for an immersive experience. Equipped with IR-cut filter and IR LEDs, GV-VR360 is capable of day and night surveillance under contrasting illumination conditions. Utilizing H.265 video codec, the camera allows better compression ratio while maintaining high image quality at reduced network bandwidths. The camera adheres to IK10 and IP67 standards. 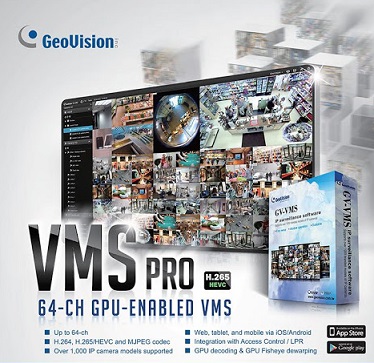 GV-VMS is a comprehensive video management system that records up to 64 channels of third-party IP devices. The live view and playback layout can be easily adjusted with the intuitive drag-and-drop function. GV-VMS comes with a variety of intelligent video analytics to offer precise monitoring and to reduce the need for manual supervision. The built-in Webcam Server allows users to remotely access live view and recordings from anywhere using Web browsers, mobile app and Remote ViewLog. Compatibility with GV-CMS (GeoVision Central Monitoring Station) and interoperability with a wide selection of third party IP cameras through ONVIF make GV-VMS a versatile and effective surveillance solution.

The GV-NVR (Network Video Recorder) records video and audio data over TCP/IP networks. With up to 32 channels of pure IP surveillance, the GV-NVR offers the same functions as GV-Series Surveillance System. With additional license, GV-NVR supports up to 32 channels of third-party IP devices. From monitoring features to video analytics as well as integration with LPR, POS/ATM and Access Control systems, it stands as one of the most comprehensive IP surveillance software in the security market.

Combined with our IP camera, the GV-NVR takes advantage of a better image quality thanks to the progressive scan technology and allows advanced video features such as Picture-In-Picture and Picture-And-Picture. Compatibility with a wide range of third party IP cameras through ONVIF and PSIA makes the GV-NVR the ultimate solution for pure IP surveillance environments. 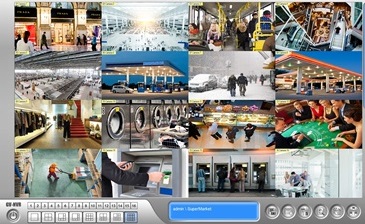 Thanks to the scalability of GV-Series, you can easily integrate surveillance system and IP cameras, and load analog and digital video data into the same interface to become a comprehensive hybrid solution. GV-Hybrid DVR comes with 32 channels of GV-IP Devices, and with additional license, you can connect up to 32 channels of third-party IP devices. Combining the best of both the analog and digital worlds, the GV-Hybrid DVR is a versatile video management platform. It answers needs for a transition from a legacy analog infrastructure towards a pure IP surveillance environment.

The GV-Hybrid DVR comes with a rich panel of features to streamline surveillance operations and enhance management capabilities. Remote surveillance is implemented via 3GPP, IE browser and GV-MultiView. For the purpose of central monitoring, the GV-Hybrid DVR offers an extensible solution for multi-site surveillance and control to manage numerous cameras from subscribers.

The GV-Recording Server is a video streaming server designed for large-scale video surveillance deployments. It can receive and record up to 128 channels from various IP video devices. Through an intuitive Web interface, each IP camera can be configured to record video continuously, upon motion detection, upon I/O trigger or according to a schedule.

In addition, it can simultaneously distribute up to 300 channels to its clients which include GV-System (DVR/NVR system), GV-GIS (geographic information system), GV-Mobile Server, GV-Control Center (central monitoring system), Multi View (viewing software), GV-VMS, and GV-Edge Recording Manager. GV-Recording Server can also send text notifications to one GV-VSM (Vital Sign Monitor) when alert conditions occur. Using the GV-Recording Server, the desired frame rates can be reached while the CPU loading and the bandwidth usage of IP video devices are significantly reduced.